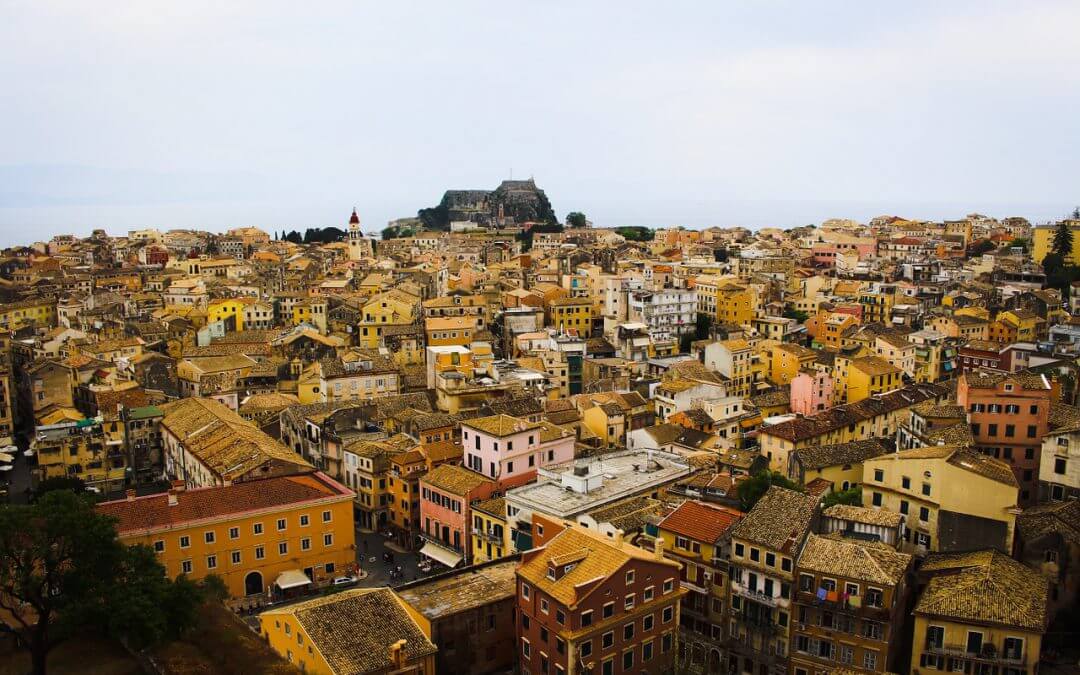 Corfu , the wooded isle of the Phaeacians, Odysseeus’ last stop on his long journey home to Ithaca, is the best known of the Ionian islands…

Corfu , the wooded isle of the Phaeacians, Odysseeus’ last stop on his long journey home to Ithaca, is the best known of the Ionian islands.

It owes its sophistication and charm to the meshing of the different civilisations that have occupied the island and to the natural beauty with which it is so abundantly endowed.

On this cosmopolitan island, you’ll be able to combine relaxation with good times and a full nightlife, for Corfu is an international tourist center, which can satisfy the demands of the most difficult visitor.

The capital of the island is also called Corfu (Kerkyra). It is built on a promontory that projects into the sea and is separated into a northern and a southern section. East of the northern part lies the Old Fortress, cut off from the town by a moat. For centuries all the popular of Corfu lived within this citadel, which was founded by the Byzantines but greatly expanded and strengthened by the Venetians.

The town of Corfu is made up of completely dissimilar elements, left over from different civilisations. It presents an enchanting picture with its broad streets and spacious squares, the popular Spianada – the town “green” – contrasting with its narrow back alleys paved with blocks of stone (known as “Kantounia”), houses with a strong Italian influence, the famous Liston, a French arcade, traditional Georgian mansions, a Byzantine church, Venetian monuments, balconies with wrought iron railings and window grilles.

We offer free of charge unlimited mileage. Drive safe and enjoy your holidays.

We offer free pick up & drop off in Corfu Airport

We also offer totally free:
– 24hr Assistance Hotline. If you need any assistance just call us any time. We will be glad to assist you.

Our prices include all taxes & VAT. No hidden costs

The 2nd additional driver is free of charge.